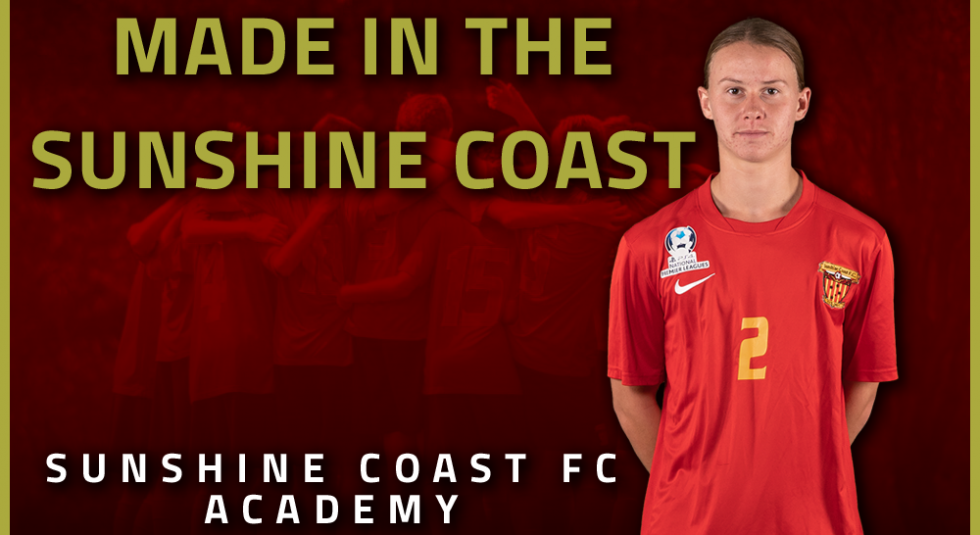 Our senior men’s side has an average age of 20.5 and consists of 7 players who have developed through the Fire.

The club has a proven track record of developing young talent from the Sunshine Coast and providing them with a platform to excel!

Our mission is to continue to develop Sunshine Coast footballers ‘The Fire Way’.

Melvyn joined the club in 2015 following a youth coaching career in the UK with numerous high level clubs such as Manchester City, West Brom and Crewe.

Our TD has un-paralleled experience in the Sunshine Coast and has played a part in developing many current and past English Premier League and Football League players.

His current role sees him develop the curriculum and program that our passionate team of coaches deliver.

You’ll find Geoff working in the gym with all our academy sides on a Tuesday night. Originally from the UK, Geoff has worked in professional Strength and Conditioning with Leeds United Fc and Italy Rugby to name a few.

Geoff is passionate about injury prevention and delivering age appropriate S&C. In his last few years working with the club, we have noticed a marked drop in injuries and improvement in general player conditioning.

Gareth joined us in September, 2018 after spending the last couple of years developing players in New Zealand. Originally from Scotland, Gareth has coached in the academy at several Scottish League clubs including Celtic, Queens Park and Dumbarton FC.

Along with coaching our Under 18s and leading our SAP and Pre-Academy programs, Gareth helps support Melvyn is program development for the club.

Sunshine Coast local Richard Guiver joins us from Olympic FC, where he spent one year as part of the NPL Championship winning under 20’s side before serving last year as the senior team manager.

Richard has made such a great impression that recently he joined our senior ranks as Assistant Coach along with his 13’s role.

Dane is one of the longest serving members of the club having came through the Youth Academy from under 12’s up to under 20’s before joining our coaching ranks last season. The Under 14’s made great progress under Dane’s mentor-ship last season and look to continue this in the second year.

David is not only a highly experienced coach but also has over 20 years experience as a high performance physiotherapist. Originally from South Africa, David worked with the South African Olympic Football Teams for 5 years before re-locating to the Sunshine Coast. Since then David has accumulated almost 10 years of experience as a football coach, initially within the Sunshine Coast Churches League before joining the Fire in 2018.

We run a year round Talent I.D program. If you are committed and ready to take your game to the next level, click here to register for a trial.