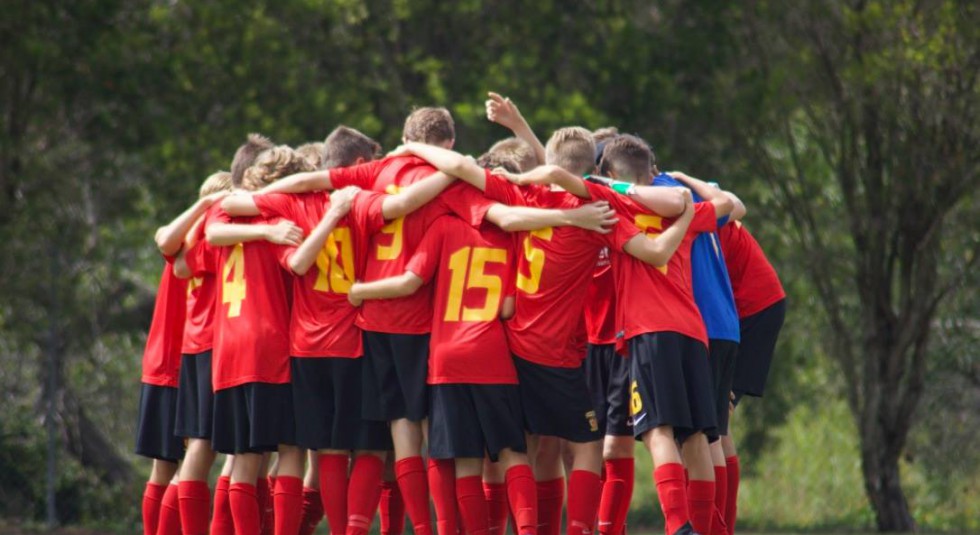 SAP is the highest level of football for players aged 9-12 in Queensland, with players competing against sides from all over SEQ.

SAP is the next step in the pathway for players that come through our pre-academy at U8’s.

Our programs mission is to create a fun and engaging environment where players learn not only the core skills of the game but also reach an understanding of our playing philosophy – sharing the ball.

We take a serious long term approach to player development and avoid open trials and releasing players year on year.

Gareth joined us in September, 2018 after spending the last couple of years developing players in New Zealand. Originally from Scotland, Gareth has coached in the academy at several Scottish League clubs including Celtic, Queens Park and Dumbarton FC.

Along with coaching our Under 18s and leading our SAP and Pre-Academy programs, Gareth helps support Melvyn is program development for the club.

A local Sunshine Coast boy, Liam splits his time between playing for our senior men’s side and coaching our current crop of U9 boys.

Liam previously coached a senior men’s side in the S.C Churches league and works full time in children’s sports coaching.

Along with coaching our senior men’s side, Mitch also divides his time coaching our current u10 boys. A highly experienced player and coach, Mitch has played in the UK and Melbourne/Brisbane at a high level before going into coaching.

A young up and coming coach, Zac joins us from Buderim Wanderers were he spent his youth career playing and then coaching. We’re looking forward to seeing Zac developing his coaching ‘The Fire Way’ the next few years.

Shane Will | Under 12’s Lead Coach

Last years U16 Coach, this year Shane will be focusing his energy with our younger players. Shane is a highly experienced school teacher and has also been coaching football for over 18 years throughout the Sunshine Coast.

Ex-Matilda Liv Latimer is well known in football circles in the Sunshine Coast. Liv has re-energised girls football in the Coast and is currently bringing through an exciting, passionate group of players who have a bright future ahead of them.

We run a Talent I.D program throughout the year. We’re always on the lookout for passionate and committed footballers. Please contact Gareth by email: AcademyDirector@SunshineCoastFc.com.au

Learn To Play The Fire Way This January!