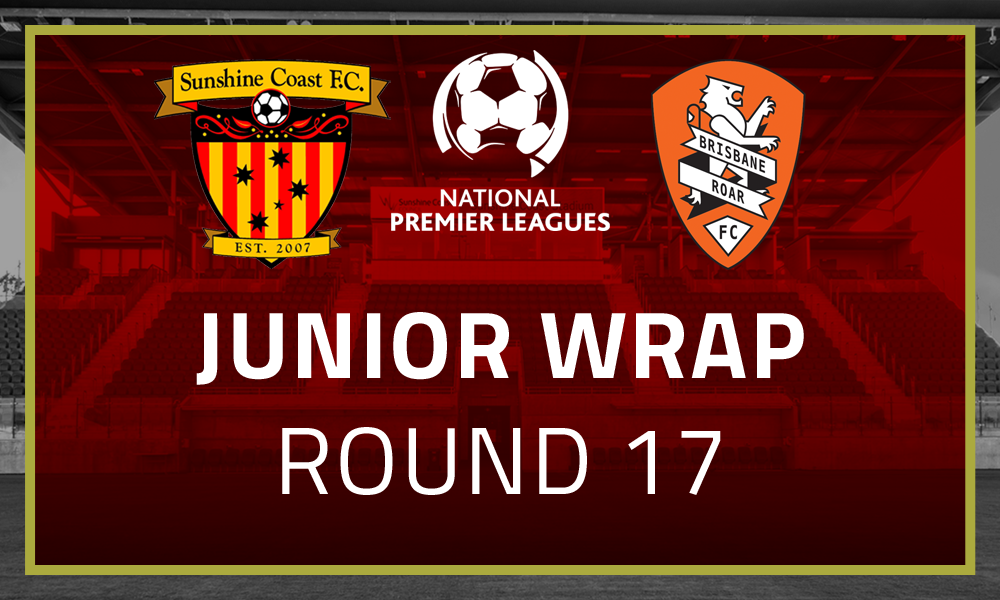 Round 17 of the season and Fire headed to the Logan Metro Sports Complex for their second meeting with Brisbane Roar. Sunshine Coast FC were prepared for a challenge knowing Brisbane Roar would put up a fight. Both teams played a possession game playing end to end with the first solid shot by Brisbane Roar on the 13th minute. The favour was quickly returned with a shot by Kyan Bryant.

The first goal was placed on the board when Lucas Kljajcin intercepted a ball played out by the Brisbane Roar keeper, he played it to Matthew Becker for him to score on the 19th minute.

Sunshine Coast FC Fire picked up their strength in defense through their defensive line and midfield. A tackle in the middle by Maxx Demerutis to win the ball led to a pass to Becker and on to Harry McMillan to defeat two Brisbane Roar defenders to score on the 28th minute.

With a continuation of momentum a combination of play between Becker, Demerutis and McMillan resulted in a goal for McMillan 2 minutes later on the 30th minute.

The 60th minute saw a Brisbane Roar defensive error which landed at the feet of Bryant who delivered it onto McMillan to score his hat trick.

As the game played out the Brisbane Roar took their final shot just wide of the goals to leave keeper Ben Nassiep with a clean sheet and Sunshine Coast FC a confident win as a result of a full team effort.

Player of the Match: Riley Visona

The game was fast and intense right from the whistle.

Fire was the first to be able to put a shot on goal in the 5th minute. Cullen shot a nice ball through to Boshoff but was saved by the Roar Keeper.

Some impressive and hard work from the midfield enabled a few more scoring opportunities throughout the first half.

It wasn’t until the 30th minute that Roar was able to slip through Fire’s defence and put their first attempt on goal. Morwood was able save the goal with a spectacular save.

The only goal to be scored in the first half was from Roar in the 32nd minute.

It was in the 43rd minute that the Fire team would equalise the game. Connor took the corner kick, Emery then with a header and Boshoff to finish it off.

Fire took the lead in 56th minute. Moye went one-on-one with the keeper and scoring the goal.

Fire would take the win in the 80th minute with Boshoff scoring the winning goal.

Player of the Match: Jayden Emery