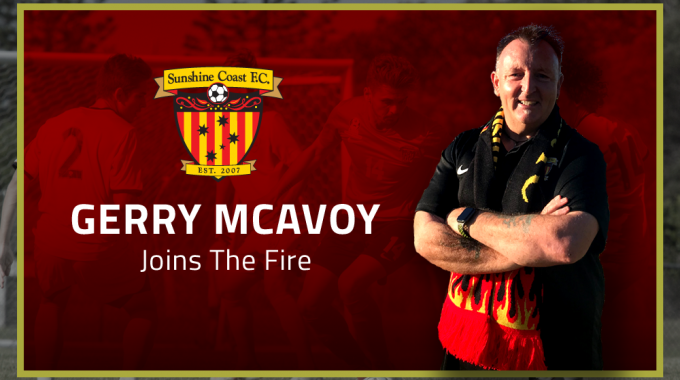 The Fire are delighted to announce the addition of Gerry McAvoy to the senior management team. Gerry will be taking up the role of Head Coach with Gary Newcome and Richard Guiver assisting him.

Originally from Ireland, Gerry is a highly experienced senior coach and has been coaching in Australia for the last 25 years. He joins us from FQPL side Holland Park Hawks and lists Olympic Fc and The Gap amongst his former clubs.

We caught up with Gerry today to get his thoughts on joining the Fire. “The opportunity to get back coaching in the NPL was a massive appeal. We have a talented squad and with a bit of positional structure, we can really go places”. he said

When asked what to expect from his side Gerry said “We’re going to be a attack focused team and we will aim to move the ball with real intensity and purpose”.

“Beating relegation and continuing to develop our young players is the expectation this year and I can’t wait to get to work” he added.