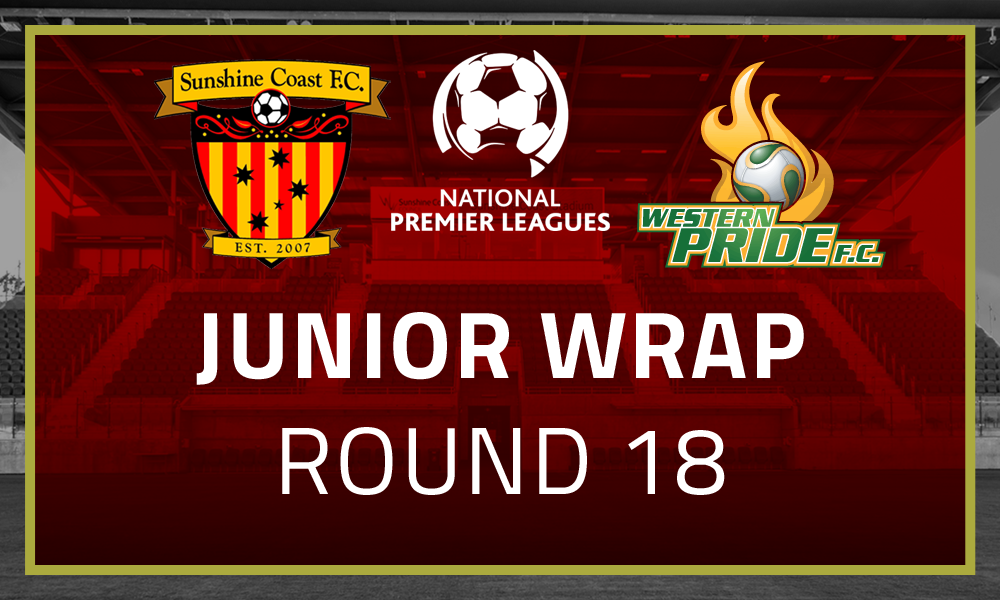 Fire played host Western Pride in Kawana on a beautiful autumnal morning along with the welcome sight of goalkeeper Bradford Green returning to the fray. Both sides looked to collect maximum points to keep in touch with the teams above.

The visitors got the game underway and the opening exchanges were spent sounding each other out. The first glimpse of attacking intent came from Fire when a weighted pass from Lachie Noyes almost put Kaidin Dawson through, Prides impressive keeper was out quickly however to clear the danger. Fire quickly pressed again, James Ridley finding Luke Vancam whose cross which was cleared behind for a corner before it could reach Mark Shaw at the back post.

Pride began to make inroads down their left flank, Harrison Renzulli needing to make some determined challenges to keep Pride at bay. Renzulli then sent a decent ball into the Pride area after some good work in midfield from the always willing Tanner Mathers, but the cross just evaded Vancam on the edge of the Pride area.

Fire were trying to put some combinations together through the midfield, Noyes and Mathers providing options to the back four, Jett Brutnell, looking to make decisive passes in the offensive half, a neat combination in the 12th minute almost put Dawson through but he had strayed marginally offside. Fire had another opportunity from a set piece in the 14th minute. Shaw driving at the Pride defence was unceremoniously brought down just outside the penalty area, the Fire free kick blocked, as was the follow up, before the keeper claimed the ball.

Minutes later Fire came close again, after Dre Ngaha rolled his marker he played a smart pass into Vancam, he in turn slipped passed his man before his low shot came back off the far post with the keeper well beaten. Noyes, Vancam and Ngaha again looked to exploit gaps in the Pride defence but the final passes were inches too heavy. In the 20th minute Fire had another free kick at the edge of the visitors’ box after Ngaha had been clumsily fouled. Ryan Tappouras sent his 20-yard effort only a foot wide. Shortly after, Brutnell’s cross was just too far in front of Vancam after he had wriggled his way into a good position inside the Pride area, with Fire continuing to take the game to Pride and looked the most likely team to score.

The 23rd minute saw more good work in the middle of the park from Mathers, Ngaha and Dawson, the latter sending over a cross that the keeper was equal to. Shaw then spinning pirouettes to try and create an opportunity that wouldn’t quite come in the 25th minute after another good through ball, earning only a corner for his efforts.

The final minutes of the half saw further chances for Fire, Shaw narrowly wide with a header from a superb Dawson cross, then Shaw again sliding an effort inches wide of the post on the stroke of half time to leave the game surprisingly goalless at the break.

As Fire got the second half underway they began in the same vein they finished the first. Beppe Rocco driving forward from right back played the ball in to Vancam, he in turn laid the ball back to Brutnell who picked out Shaw, his shot produced the games outstanding save from the Pride keeper, spectacularly turning the ball around the post for a Fire corner. From the set piece delivery Mathers almost created himself a half chance but was crowded out.

Pride began to settle into the half and started to enjoy the lion’s share of possession, it needed some impressive defensive work from Herbie Allsopp on several occasions, to keep the visitors at bay. Fire lost some of their earlier intensity and passing accuracy through the middle of the park.

In the 45th minute, Fire got some reprieve when a long clearance from Green gave Vancam a chance but again, the visitor’s keeper made another good stop, Shaw hooking the ball back but no Fire player was alert to the chance.

As Pride pushed forward again another through ball dissected the Fire defence and a combination of Green and Allsopp prevent a clear effort on goal. A minute later in the 50th minute a repeat play had a different result and Pride poked the ball home to take the lead.

Fire battled on, a corner in the 53rd minute was just too far ahead of Vancam, who was unable to get his head to the ball. Fire were grateful to Green in the 55th minute when another lovely pass was bent in from the Pride left, Green needing to make a very good save to keep Fire in contention. Pride forced Green into another save minutes later from a free kick.

In the 61st minute Ngaha produced a moment of magic to level the scores, picking the ball up 25 yard out he sent a delightful lobbed effort that gave the keeper no chance to send Fire into raptures. It was a goal worthy of winning any game and gave Fire fresh impetus going into the final stages. Ngaha again, disposed a Pride defender before finding Shaw who made room for the shot only to see his effort well saved.

Pride countered and also pushed for the winner, Rocco defending well to glance a header clear before the referee signalled full time.

Player of the Match: Jett Brutnell

Sunshine Coast FC took control of the game early, moving the ball through the midfield of Maxx Demerutis, Josh Kacperski and Dimitri Westwood-Pritchard. A number of shots were placed on the Western Pride goal by Kyle Barnes, Harry McMillan and Westwood-Pritchard only for them to be saved by the Pride keeper.

Western Pride FC also took their chances to gain the upper hand but were unsuccessful.

A foul by Demerutis gifted Western Pride FC a free kick outside of the box resulting in the first goal of the match on the 24th minute.

Both teams returned to the pitch with Sunshine Coast F.C looking to even the score. A foul in the box set up the opportunity for a penalty. Demerutis lined up for the shot with Western Pride keeper deflecting the ball which was quickly recovered by Demerutis to equalise the scores on the 37th minute.

Sunshine Coast FC Fire gathered momentum and three minutes later Bryant scored a goal from a corner to slightly increase the lead on the 40th minute.

As the remainder of the second half played out both teams lost their structure, scrambled in defence and were unsuccessful in increasing the score. Sunshine Coast FC were happy to walk away with the win and points.

Player of the Match: Jack Connors

The game started without delay and Fire appeared to maintain more possession. Western Pride kept Fire scoreless until the 24th minute when Boshoff put Fire in the lead and scored the first goal.

Western Pride found it hard to break our defence that is led by Halls-Tempest who countlessly won the ball back and reset play for the team,

In the 28th minute Fire would score again. Boshoff sent a nice ball through to Emery. Fire’s striker Nelson had already anticipated where the ball was headed and Emery was able to get a nice pass through to him. The great team work paid off with Nelson scoring Fire’s second goal for the game.

The boys came out a little relaxed and seemed to lose momentum.

Western Pride worked hard to capitalise on this and the boys regrouped and started playing again.

In the 48th minute midfielder Emery noticed the Western Pride goalie out of his box. No-one was expecting a shot on goal from only a couple of metres in from half way. Beautiful long ball found the back of the net put Fire into the lead now 3:0.

Player of the Match: Baylee Halls-Tempest