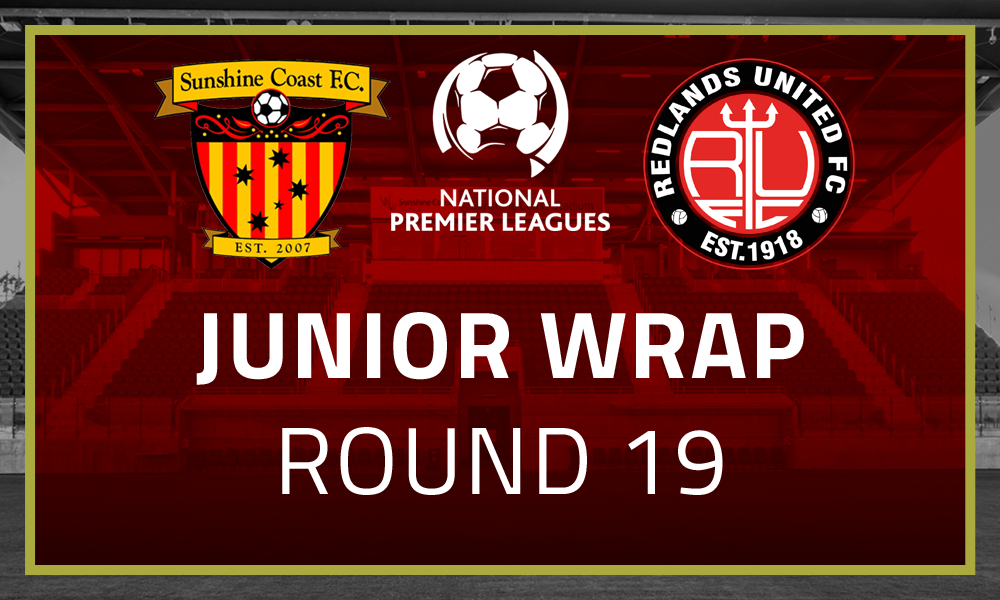 Round 19 of the season saw Fire travel to Cleveland Showgrounds to take on a struggling Redlands team that had recorded only two victories in the previous nine outings. A strong start to the season however was enabling them to keep in touch with the top three. Fire needed to win their games in hand to close the gap on those above.

A gorgeous Saturday afternoon saw Fire get the game underway on a heavy looking and subjectively smaller looking than usual playing surface.

The first half in particular was not one for the purists, and the opening quarter of an hour was largely devoid of any meaningful incident, aside from a clumsy challenge on Fire winger Mark Shaw, which Fire were unable to capitalize on, over hitting the set piece to the back post. Redlands came closest to providing the game’s opening goal with a decent header from corner flew over the Fire crossbar after 12 minutes.

The hosts did take the lead just past the 15-minute mark with a goal the reflected the games disjointed beginning, a defensive muddle allowing a low corner to find its way into the Fire net at the near post.

Shaw again, Fire’s best outlet down the right wing, was the subject of close attention and again won Fire a free kick in promising situation in the 20th minute, but the opportunity again came to naught.

Fire began to show more composure as the half wore on, the usual suspects of Tanner Mathers and Lachie Noyes started to win possession in the midfield, Harrison Renzulli and James Ridley both performing with determination in defence. With Jett Brutnell looking to play in Shaw and Kaidin Dawson, encouraging Fire to play to their strengths and exploit the flanks. It was after a foul on Dawson in the 29th minute that Fire drew level. With players from both sides competing for an uncontrolled ball it was Ryan Tappouras who appeared to get a decisive touch and force the ball home with some help from a Redlands defender and the crossbar, Tappouras happy to claim the spoils and his 3rd goal of the season.

The hosts restarted after the interval and Fire provided the half’s first talking point when Dawson sent over a cross that cleared the Redlands goal with the keeper looking beaten and the scores remained level.

Redlands began to press and Herbie Allsopp needed to show his defensive abilities with some fine tackling and distribution as Redlands pressed. A good combination between Jett Brutnell and Shaw saw the latter’s cross cleared for a corner. Dawson’s 41st minute near post set piece, saw Fire take the lead, the ball cannoning of a Redlands players head and deflecting into his own goal giving the keeper no chance.

Redlands sought an immediate response and began to lay siege to the Fire goal. The 43rd minute saw them send an effort over the bar after a scrambled clearance, similarly again minutes later following a corner; Redlands sent another effort high and wide. As Fire continued to put themselves under pressure they were grateful to Lachie Geldard making his second appearance for Fire who brilliantly headed another effort off the line in the 53rd minute, the follow up effort touched onto the bar by Bradford Green.

Fire immediately broke forward; Shaw outpacing the defence found himself one on one with the keeper but foiled by a terrific block, this time his follow up effort coming back off the bar.

At the other end Fire were happy to see Green push a corner away as the game seemed to generate incident after incident, Fire scrambled another corner away in the 59th minute before Dre Ngaha saw his free kick cleared off the Redlands line a minute later.

Redlands couldn’t believe their misfortune on the 62nd minute when a finely struck effort from another half-cleared corner once more struck the Fire crossbar then seeing another effort whistle past the Fire post shortly after.

As a breathtaking second half entered its final minutes there was more drama to come. The lively Shaw again broke forward before crossing into the Redlands box, the danger not fully cleared by Redlands, the ball fell to Brutnell who saw his effort come back off the bar, Ngaha picking up the loose ball saw his shot fly just too high.

Fire continued to have the ascendency in the closing stages and were able to wrap up the points after a neat swivel and left footed strike from Shaw at the edge of the box found the bottom corner.

A final twist to the game saw Fire keeper Bradford Green leave the field with a muscle strain, replaced by Luke Vancam who safely collected a Redlands through ball at the final whistle.

A welcome three points for Fire from a thrilling game that may have had more incidents than quality but nevertheless keeps Fire on the front foot and chasing the pack. Hopefully the injury to Green is not too serious and he is able to recover before the Round 20 encounter an in-form Moreton Bay.

Player of the Match: Bradford Green

We travelled to Cleveland Showgrounds for our second meeting with Redlands United FC for our last game before another four week break in the season.

Sunshine Coast FC took their chances early and within the first 2 minutes a tackle by Maxx Demerutis in the midfield led to a pass to Matthew Becker and on to Harry McMillan for him to score.

A few minutes later Redlands United FC took their chances to equalise only to be shut down with the safe hands of Sunshine Coast FC keeper Ben Nassiep.

Sunshine Coast FC’s next goal came from a passage of play beginning with a throw in from Lucas Kljajcin to Demerutis, played back to Josh Kacperski, then forward to Becker who delivered it out to the left to Ari Sisarich. Sisarich delivered the ball across the goals to be followed in by Riley Visona on the 11th minute.

Half time saw Sunshine Coast FC place pressure immediately on Redlands United FC. A cracker save from opposition keeper Connor Damsma made Fire aware they had to step up the intensity.

A free kick taken by Dimitri Westwood-Pritchard for Sunshine Coast FC led to a goal from Kyan Bryant on the 41st minute.

The 50th minute saw a counter attack by Redlands United FC with a goal being called offside.  The favour was quickly returned when a goal for Sunshine Coast FC was also called offside.

The final goal of the match came when Sunshine Coast FC gained possession in their defensive half and moved the ball forward with play between Westwood-Pritchard and Kljajcin with a delivery to Bryant. A challenge by keeper Damsma resulted in Bryant on the ground, with a quick recovery he was on his feet to complete the goal on the 67th minute.

Player of the Match: Kyan Bryant

This match kicked off at 5:30pm at the Cleveland Showgrounds, Saturday 30th June 2018.

The Redlands team was the first to score in the 9th minute.

Redlands were putting pressure on the Fire team all over the pitch.

Evans and Halls-Tempest worked tirelessly at defence and winning the ball back.

In the 18th minute it paid off. Midfielder Emery drove through the Redlands defence and took a shot on goal. The ball deflected off a Redlands player and Emery shot again this time scoring.

The second half Fire found plenty of opportunities but were unable to get the reward of more goals.

Both teams never gave up as spectators watched in anticipation for the next goal.

Boshoff and Nelson looking dangerous up front and a shot from Nelson just went wide of the goals in the 62nd minute.

Another shot on goal in the 65th minute by Boshoff this time going over the goal.

Eager to score and take the lead the Fire team gave everything they had to win and maintain possession. The high work rate of our Midfielder Hyder was impressive and kept the Fire team momentum going.

With only two minutes to go Boshoff would secure a win for the team scoring the last goal for the game.

Player of the Match: Corne Boshoff