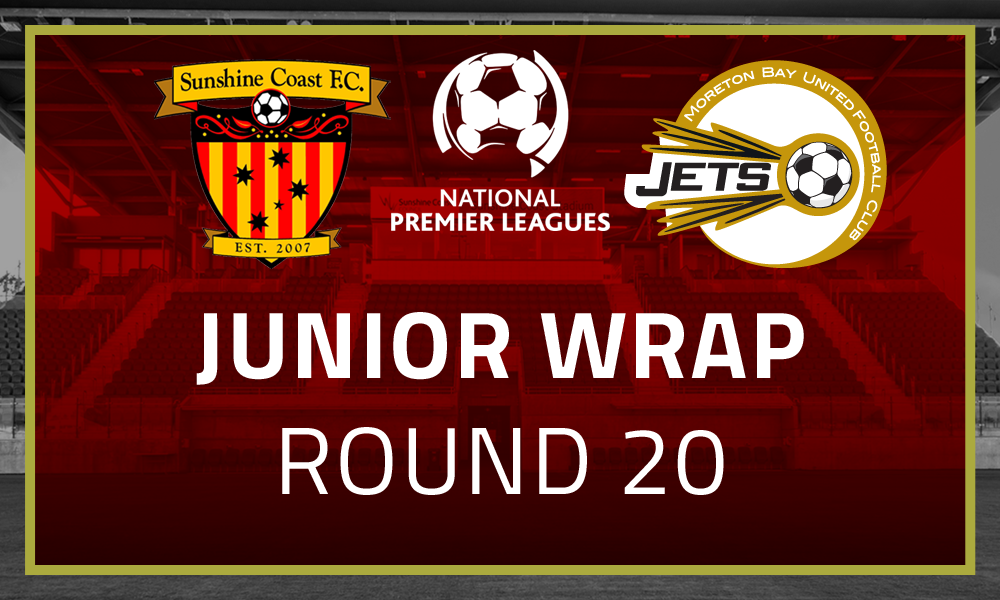 Fire’s first game in a month saw them travel to nearest neighbours Moreton Bay United for a round 20 clash, Fire hoping for a repeat of their 2 – 0 victory at Kawana earlier in the season.

Moreton Bay got the game underway in perfect conditions, but Fire started in lively fashion, less than two minutes on the clock before Dre Ngaha and Mark Shaw combined neatly down the Fire right to give Shaw the opportunity to drive at the Bay defence, his early cross drifting behind the incoming Kaidin Dawson. Harrison Renzulli or Luke Vancam feeding Ngaha and Shaw was a frequently used move in the early stages and one that looked set to yield dividends for Fire.

Against this early Fire pressure, the hosts managed to take the lead, scrambling the ball home after only five minutes with Fire only half clearing their defensive lines.

Undeterred, Fire took the game back to Bay, Renzulli almost playing in Ngaha, the Bay keeper out smartly to collect, and after more good play from Shaw and Ngaha, Fire won a free kick which was only partially cleared for a Fire corner.  From the perfectly flighted set piece, Ryan Tappouras was left unmarked at the back post to happily nod the ball home and level the scores in the 10th minute.

With their tails up, Fire pressed again, James Ridely outpacing the Bay defence only to unfortunately run out of grass. The lively Shaw intercepting a clearance to present Ngaha with a half chance that couldn’t be kept on target. The 14th minute saw Shaw again scamper free down the Fire right, his cross taken off Ridely’s toes at the near post by the keeper.

Bay weathered the onslaught without conceding a second and began to find some rhythm, the Fire defence called into action with Luke Vancam and Herbie Allsopp in particular making some important tackles and covering clearances. Just as it looked as though Fire were beginning to struggle with passes starting to go astray, they clicked again and put Bay under sustained pressure forcing 3 successive corners, Lachie Noyes coming agonisingly close when he sent a powerful header crashing against the crossbar.

The 24th minute saw Fire deservedly regain the lead, the keeper palming the ball into the path of Noyes from a Ngaha free kick, enabling the Fire midfielder to prod the ball home from 2 yards, and claim a goal his performance merited.

Vancam continued to be alert at the back as Bay pressed from the restart before a heavy tackle on Jett Brutnell eased the pressure on Fire.

Ngaha won Fire a free kick in a dangerous position 22 yards out after an erratic run across the Bay area, Tappouras saw his effort saved by the home keeper. With the half in its final moments Bay struck an innocuous looking shot which seemed to deceive Bradford Green in the Fire goal to creep over the line and give Bay an unlikely equaliser to send the teams into the break level.

Fire kicked off the second half and won an early free kick the Bay side of halfway. Vancam sent over a long ball which was missed by a number of players, eventually landing at the feet of Dawson whose goal bound effort was saved low down by the Bay keeper.

Thereafter it was a rather backs to the wall performance from Fire under sustained Bay pressure, Allsopp again, robust in his challenges and making numerous clearances.

For respite, Fire still had the threat of Shaw’s pace, and on two occasions, within minutes it almost led to Fire regaining the lead, a quick one two in the 46th minute putting him through on goal and as he looked to look to square the ball Bay were able to intercept and clear, and the 49th minute saw another effort sent too close to the keeper.

After finding space in the middle of the park, Bay sent a ball between the Fire defenders, with work to do, the Bay winger cut inside to send a low struck  shot under Green and give Bay a 52nd minute lead.

Three minutes later the Bay looked to have the game sewn up, another pass out to the Fire left back position allowed Bay to again cut inside and send a diagonal shot into Greens top corner. Moreton Bay threatened again to add a fifth in the 62nd minute with an effort that was just wide.

Tappouras had a half chance in a crowded penalty area in the 63rd minute which was saved and Noyes sent a drive over the bar shortly after. As full time closed in Fire again showed some impressive play, moving the ball right to left with quick passing, Tappouras having an effort saved but the visitors were unable to engineer a comeback.

With the referee signalling full time, Fire can reflect on a game in which they were the better side for periods and arguably should have scored more, particularly during a very impressive first half. Always a threat on the counter Fire may well be justified in feeling frustrated at not coming away with a point.

Player of the Match: Lachlan Noyes

After a four week hiatus Fire were excited to get back on the pitch for Round 20 as Fire travelled to South Pine Sporting Complex for the second meeting with Moreton Bay United FC. Moreton Bay United Jets always prove to be tough competition and today would be no exception.

Sunshine Coast FC started in their predictable manner of coming out strong and pressing high, placing a number of shots on goal with no success of scoring. As the game settled Sunshine Coast FC predominately controlled the game in their attacking half, winning the ball back quickly when possession was lost.

A lapse in concentration by Sunshine Coast FC Fire in the final few minutes of the first half saw Moreton Bay United FC break away and place two solid attacks on the Fire goals which were successfully nullified.

A defensive error on the 43rd minute by Sunshine Coast FC resulted in the first goal of the match by Moreton Bay United FC.

Sunshine Coast FC retaliated quickly to close the gap when play between Tyler Loveridge, Ari Sisarich and Kyan Bryant resulted in a goal on the 55th minute for Bryant.

Sunshine Coast FC Fire fought hard until the very but were unsuccessful in attaining the win.

Player of the Match: Unnamed

This was always going to be a hard game after losing to Moreton Bay in a previous match narrowly 2-1.

Moreton Bay had the upper hand after scoring a header early in the 4th minute.

Some nice passing opened up opportunities for Fire. Their first shot on goal was in the 7th minute. Vochteloo making a great pass to Emery who off loaded to Boshoff who narrowly missed the goal.

Vochteloo again involved in the play was able to put a shot on goal in the 9th minute but was unsuccessful.

After spending some time on the bench after a heavy tackle Boshoff was injected back into the game as striker in the 25th minute. Several Moreton Bay defenders tried to stop him and it seemed they had but Boshoff never gave up. He won the back from off the ground, returned to his feet and shot on goal successfully.

Again Boshoff would score in the 31st minute after pressing the keeper.

Fire lead 2-1 until Moreton Bay scored again with only 1 minute left in the second half levelling the game 2-2 for half time.

The team spoke of strategies and opportunities they could capitalise on during half time which paid off.

Three minutes in to the second half we saw Boshoff and Emery pass the ball back and forth then Emery drove through Moreton Bay. His fast pace was unstoppable and there was no stopping him. A great shot on goal and put the team in front with the score now 3-2.

Moreton Bay where determined to stay in game and our defence worked hard as they attacked. Fire’s defence lead by Halls-Tempest kept them in the lead.

A free kick was given to Moreton Bay with only two minutes to go. This would be their last opportunity to score. Fire again successfully defended maintaining their lead and winning 3-2.

Player of the Match: Kurt Vochteloo