Round 4 – Southern Cross United U19

The Sunshine Coast Fire have overcome an early scare to see off Southern Cross United 4-2 and claim their second win of the season.

Two goals each from Josh Taylor and Andy Harrison secured a 4-2 victory for the Fire, who once again showed killer instinct in front of goal to net four times.

With the pitch showing signs of damage, both the Fire and Southern Cross were slow to find their range with passes in the opening minutes. After conceding early against QAS last week, the Fire would have been disappointed to suffer the same fate this week when Youssuf Sheriff beat Sam Nickolls with a quality shot after 10 minutes.

Despite going behind early, the Fire looked to maintain their composure and build patiently, and the side soon began to find their feet in the attacking third. Josh Taylor and Joe McMahon both had shots blocked by Southern Cross keeper Cody Christensen.

With the Sunshine Coast beginning to control possession, Mitch Broom made the keeper work with a well-struck drive from 20 yards, but to no avail.

With half an hour gone, the Fire found their equaliser when James Verdin broke well down the left flank, before moving along the byline and slipping a pass to Taylor, who lunged desperately to poke the ball home.

On the brink of half-time, Kaine Frew went close to finding the lead but his curving shot off the outside of his boot dipped just over the crossbar.

The second half started with a scare for the Fire, as Southern Cross nearly netted seconds after the kick-off through Youssuf Sheriff, but Nickolls made a solid block to avert the danger. Michael Bone was the next to go close for the visitors, striking a volley wide of the target after a direct build-up.

The Fire looked to have a golden opportunity after 53 minutes when Frew was released one-on-one, but the flag was up for offside and the score remained 1-1.

As the second half wore on, the Fire seemed to have the edge in the midfield battle but couldn’t convert on the scoreboard. McMahon curled in a cross for Taylor, who mishit a volley well clear of the bar after 60 minutes. Rhys Roberts denied a scoring opportunity for Southern Cross United soon after, timing a slide-tackle well to dispossess the striker.

On 62 minutes, the Fire’s hard work paid off when Taylor ran onto a through-pass and slid a shot past Christensen into the bottom corner to give the side a 2-1 lead.

With the Sunshine Coast back in the driver’s seat, Rob McNicol went close to doubling the lead when he attempted to divert a shot past Christensen, but the keeper was up to the challenge.

The game was quickly slipping away for Southern Cross, who were pouring all their efforts into finding another goal. Innocent Tabun had an opportunity blocked by Nickolls, who rushed out to narrow the angle and make an important save.

With less than 20 minutes to go, the Fire doubled their advantage when three substitute players combined well. Beau Lyle picked out Brad Wallace from the left flank, hitting a low cross to Wallace who shaped to shoot from inside the penalty area. Wallace’s shot was blocked by Christensen, but Andy Harrison was on hand to crack home the rebound to give the Fire a 3-1 advantage on 72 minutes.

As the match drew closer to full-time, Southern Cross kept the contest alive after 76 minutes when substitute David Kai found the net for the visitors from close range.

With the Fire needing to show discipline to kill of the contest, holding possession became vital and passes were measured carefully. With the game in the balance, Andy Harrison made sure of the three points when he moved into the penalty area and struck truly under pressure, slipping the ball past the advancing keeper and into the net for a 4-2 lead.

Southern Cross kept trying in the closing minutes with Hayden Gay striking a powerful free-kick into the crossbar in injury time, but the Fire held on to be worthy victors in a quality contest.

Next week, the Fire will meet their Gympie counterparts in a friendly at One Mile Oval. The Gympie Fire claimed their first point of the season on the weekend, when they played out a scoreless draw with the Gold Coast 19s. This weekend’s clash will be a good indicator of how the team is progressing. Kickoff for the match is currently set for 3pm, on Saturday April 9. 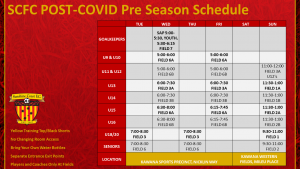