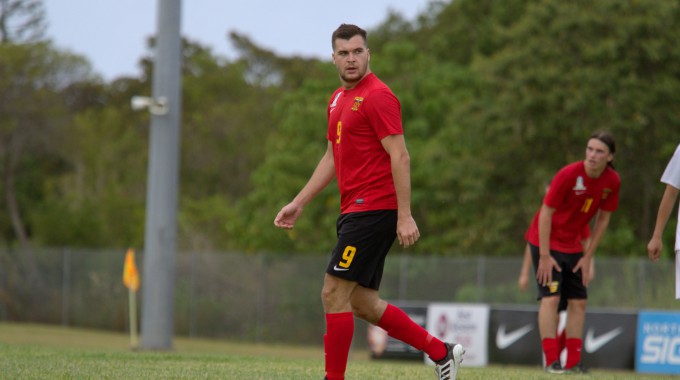 The Club are delighted to announce that Danny Bailey will be returning for the 2020 season.

The 23 year old joined us from local outfit Caloundra FC last year after a prolific spell in the Sunshine Coast Premier League scoring 43 goals over his 4 seasons.

Danny who can play as either an out and out striker or attacking mid was a common sight in the Fire starting line up last season, playing in 24 out of the 26 NPL fixtures.

Originally from Sheffield in England, Danny and his family moved over to the Coast while at a young age, playing the majority of his football here from the age of 12.

Senior Coach Gareth was delighted to get the signing over the line and believes Danny has a big part to play this season.

“It’s another positive step in the right direction for the team. Danny will be a key part of our squad this year and will be a major positive influence on and off the field. “

Gareth also explained the key attributes that Danny will bring to the team.

“With a years NPL experience under his belt, he’s going to be a major head-ache to any clubs we play this year. His link up play is fantastic and he has a brilliant first touch, so as long as we are organised and getting the ball into the right areas, there will be plenty of goals in the team this year” he added.