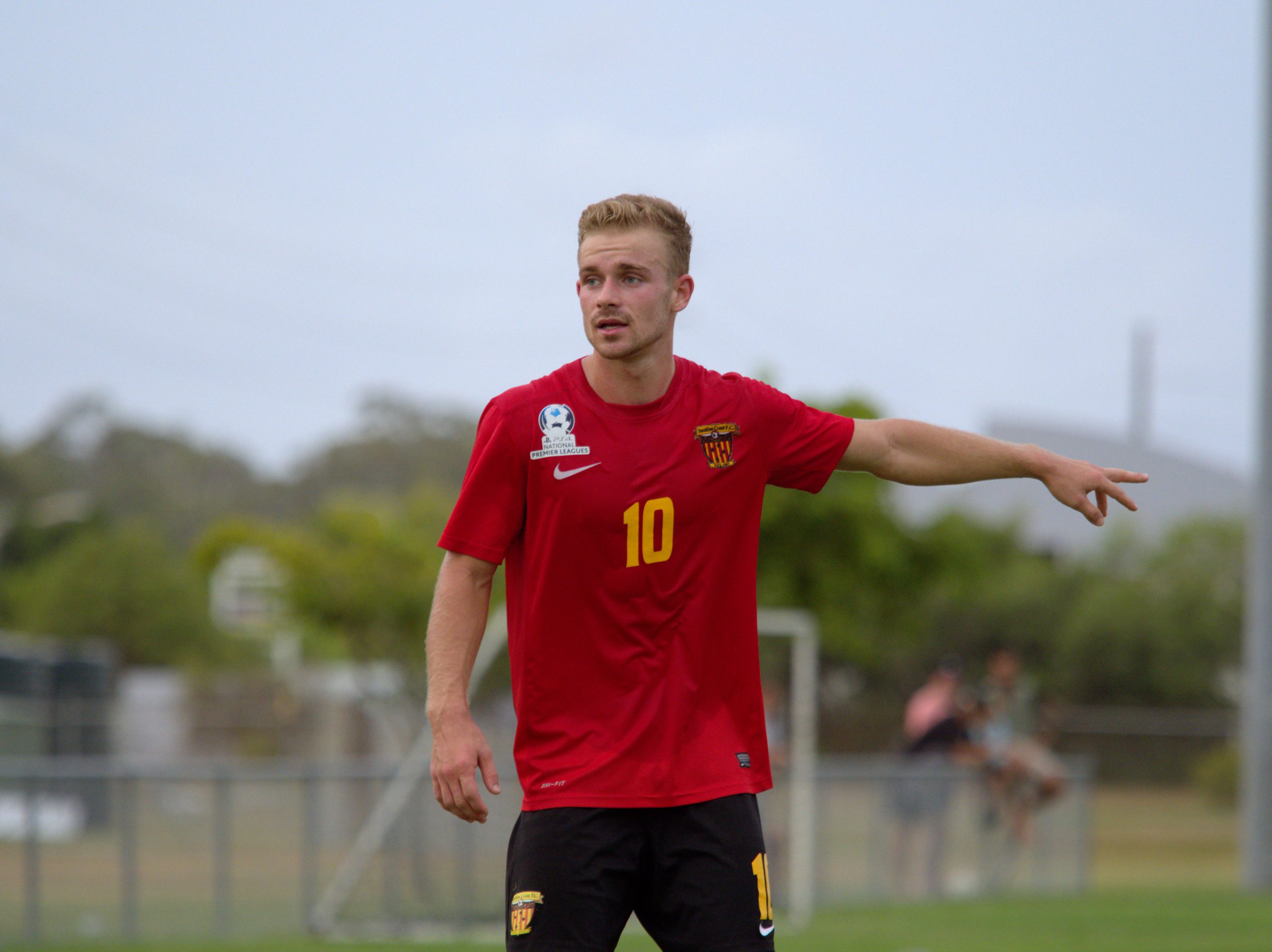 The club are delighted to announce that Matt Cann has re-signed for 2020.

The 20 year old joined the Fire from NPL side Olympic Fc at the beginning of the 2019 season and was a mainstay in our side, playing in every single fixture last year.

Matt played the majority of his youth football for the club and will be looking to be a key player this season in an attacking midfield role.

We caught up with Matt to find out why he re-signed for next season.

“From working with Gareth at the end of the 2019 NPL season I really believe in his professionalism in both the technical and social side of the game and can’t wait to help assist the squad in creating a winning culture for 2020.”

Matt also spoke about his individual and team goals for this season.

“My personal goals for next season are to score and assist as many goals as I can and really dominate in the final third. As a team, I think we’re all in the same boat. Top two and promotion is the only goal.”

Senior Coach Gareth Thomson spoke about the key qualities Matt brings back to the team.

“Matt is totally dedicated to the game and has a clear drive to improve and make a positive impact on the team. Not only is he great technically but he has fantastic pace and he can be a real threat on the counter attack.

Another positive is not only is he good going forward but he isn’t scared to muck in and do the hard yards defensively. He’s a fantastic role model for the younger players at the club being a local Sunny Coast boy and I’m delighted to welcome him back this year” Gareth added.

Senior Pre-Season kicks off on the 3rd of November. It’s not too late to register – click here!