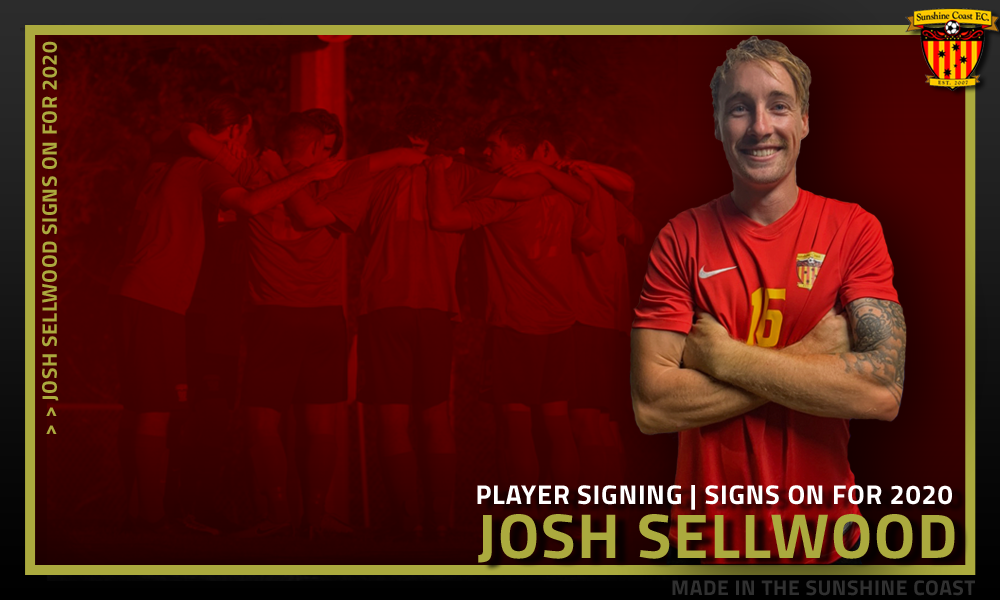 Sunshine Coast Football Club are delighted to announce the signing of Josh Sellwood for the 2020 season.

The 28 year old defender joins us from Brisbane Premier League side Caboolture FC and brings a wealth of experience to the Fire back line.

Over the years, the Sunshine Coast native has had spells with several clubs in the Sunny Coast and Brisbane including Kawana, North Star and Peninsula Power. In 2013 Josh re-located to Sweden, playing in the lower divisions before returning in 2018 and joining Caboolture.

We caught up with Josh after agreeing terms and he said that working with Gareth this year was a massive pull:

“Honestly the main reason for joining the Fire was the plan that Gareth laid out to me. We met during the off season and I was immediately drawn to his level of professionalism and I really bought into the culture shift he wants to implement.”

Josh also spoke about his club and personal aims this year:

“Personally I want to dominate defensively against any team we face this year. As a team we’re looking to really develop that winning mentality and re-build the Fire’s reputation by earning it on the field.”

“I’ve spoke about it previously but experience was a key area we needed to add to the squad this season. Throughout pre-season Josh has shown that in spades by mentoring the younger players and being a massive presence when on the field.”

“He’s a terrific guy, fantastic role model and will play a key role in the team this season” he added.

Welcome to the club Josh!