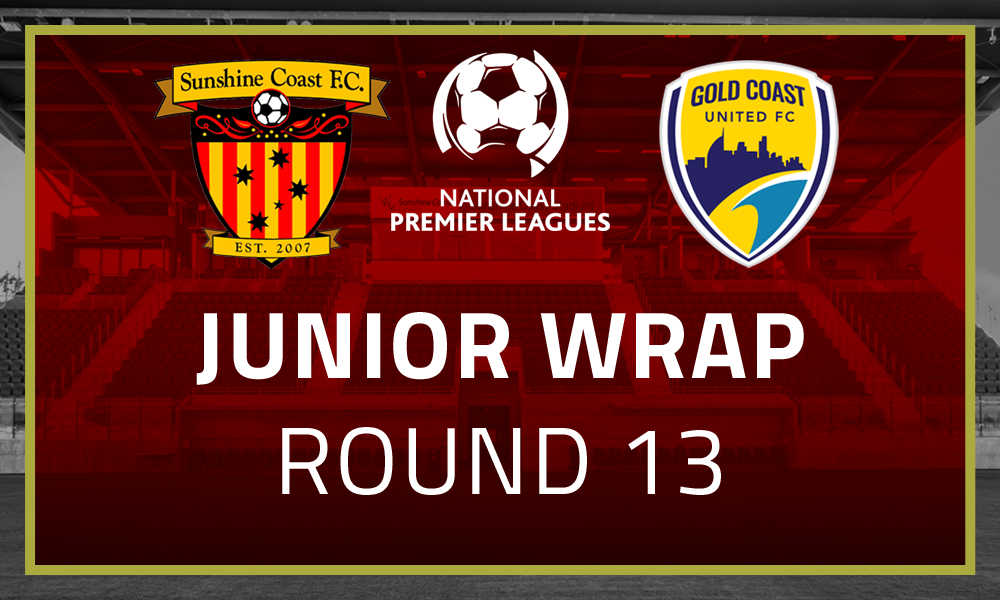 Fire followed up their narrow defeat to Gold Coast last weekend with an immediate chance of revenge, albeit in a mid-season, not for-points game.

Gold Coast United got the third meeting of the season between these two sides under way, Fire forced into a reshuffle with the absence of their outstanding goalkeeper Bradford Green, centre back Luke Vancam stepping up to the plate to fill the void.

The visitors started with purpose and went in front with barely two minutes on the clock after a strong direct run through the heart of the Fire defence and allowed to prod the ball home at the second attempt.

Left back James Ridley was forced off with an injury shortly after and with Fire unable to get a foothold in the game United extended their lead in the sixth minute, a deflected shot from an acute angle flashing in at Vancam’s near post.

Beppe Rocco, Lachie Noyes and Kaidin Dawson were all working hard to get Fire back in the game down the Fire left, but it was United who came closest to adding a third with a well-placed shot that grazed the outside of the post as it went agonizingly wide.

Noyes was again influential for Fire and sent a good ball through to Dre Ngaha as United conceded the corner in the 16th minute. Gold Coast should have extended their lead in the 22nd minute when another ball played inside the Fire left back put the striker through in goal but he somehow contrived to spoon the ball over the bar from close range.

A minute later, following a long, route one, punt downfield from Vancam Fire pulled a goal back, Mark Shaw utilizing his terrific past to get in behind the United defence to confidently slot the ball into the net and give Fire a lifeline.

Noyes continued to impress with his tenacity in the middle of the park and Jett Brutnell almost put Shaw through again, this time alert keeping preventing a goal scoring chance.

Before the half came to premature close United almost added a third with a shot coming back off the bar, Vancam claiming the loose ball.

Fire started the second stanza still very much in the game, but United were largely calling the shots with their possession based game, passing and moving confidently about the park, Fire resolute and industrious quick and dangerous on the counter as has become their forte.

United were looking the most likely to add to the scoring and so it proved in the 40th minute. Following a quick exchange of passing, Fire were opened up and Vancam had no chance in preventing a third Gold Coast goal. In the 44th minute Gold Coast added a fourth with Fire guilty of not clearing their lines effectively, a low shot, beating Vancam low to his right. Vancam producing a terrific save touching the ball onto the crossbar in the 50th minute but there was little he could do as the game entered its 57th minute, a vicious 25 yard drive flew into the Fire goal to give United a fifth.

With the game rapidly falling away from Fire a rout was looking likely, but, as Gold Coast cleared away a 58th minute Fire corner, Rocco hit a rasping 20 yard drive that gave the visitors keeper no chance and galvanised Fire to push back into the game.

Fire pressed, United suddenly looked a little edgy and flustered and even more so when Shaw added his second of the game 90 seconds later. A mazy run, a shot half saved and an alert reaction to stroke the ball home to further reduce the arrears and give Fire a glimmer of hope of a rousing comeback.

The 74th minute saw even more excitement, following  trip in the middle of the Gold Coast half, Tappouras sent a free kick into the United box, Noyes rising highest to head home a fourth goal for Fire and reduce the United lead to one.

The equaliser unfortunately wouldn’t come for Fire with the referee signalling full time and leave Fire wondering what anther few minutes might have yielded.

Another battling performance from Fire that highlighted the commitment, resilience and strength of this growing young team.

Player of the Match: Mark Shaw

The Fire team took the field to match top of the table leaders Gold Coast United.

It was going to be tough day right from the start with some Fire players battling sickness and injuries.

Gold Coast dominated the game receiving their first goal in the 6th minute.

Fire worked endlessly to try and get possession of the ball but they were quickly shut down.

Gold Coast had the momentum and would score three more goals in the first half.

Fire player Boshoff would score our only goal for the game in the 32nd minute.

The second half was much the same and Gold Coast continued to score a further 5 goals.

Gold Coast kept Fire scoreless on the second half.

Player of the Match: Connor Hyder