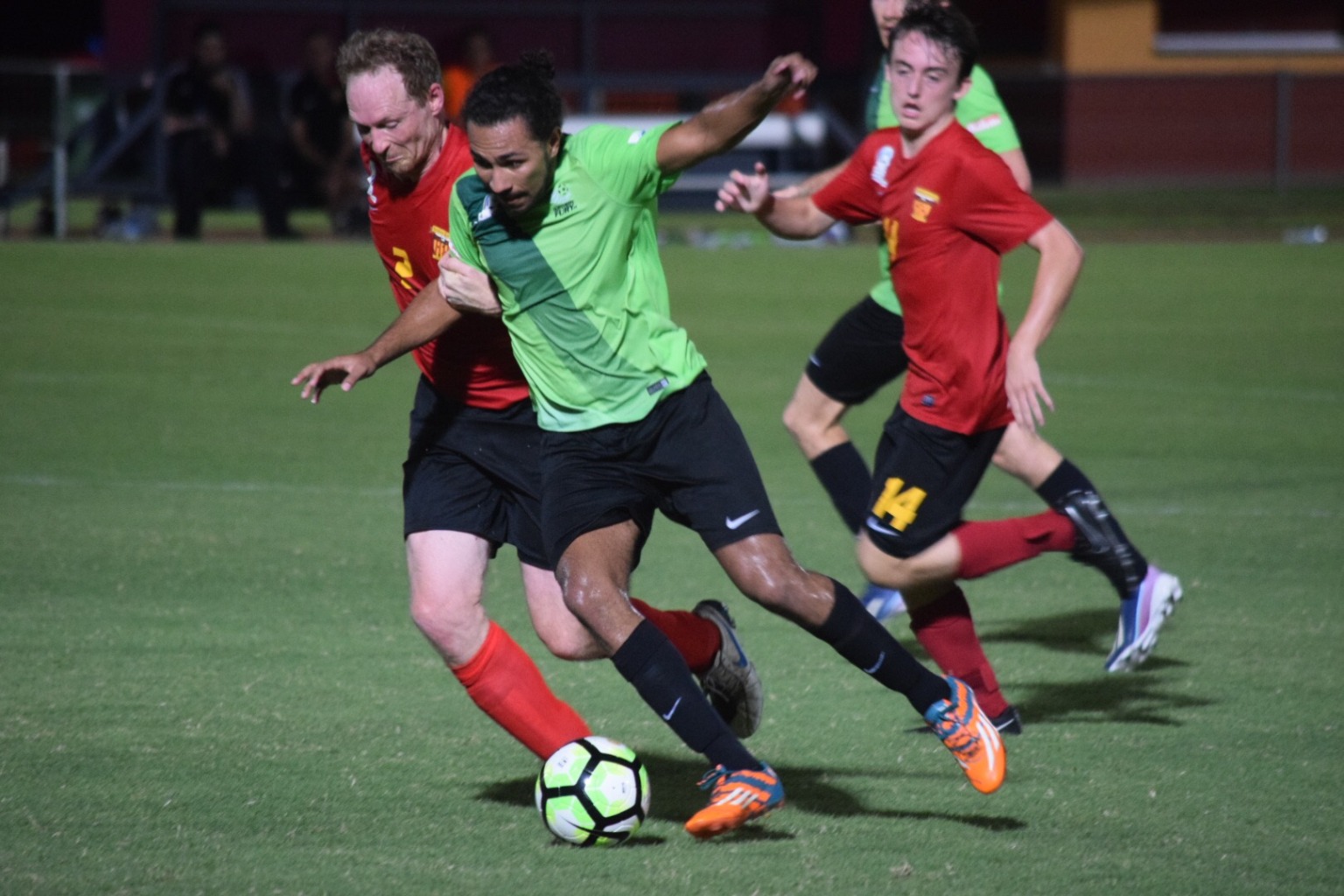 A second-half masterclass from Northern Fury has seen them defeat a 10-man Sunshine Coast FC 8-0 at Townsville Sports Reserve on Saturday night.

Fury dominated from the outset, with Jonathan Bagley’s shot from a corner deflecting off Jae Eurrell and into the back of the net for an early opener.

Things only worsened for Fire when Zac Munster was shown a red card just before half time after he lashed out with his foot on Bagley.

Fury piled on more pressure after the break as Hamish Cassady scored a quick brace, before Reid Murray expertly chipped the keeper from 30 metres out for the hosts’ fourth.

Darren Walker continued Fury’s corner dominance, driving the ball home off the crossbar, and Jarrod Green next profited from some sharp passing with a quickfire brace.

Substitute Reece Edmonds capped off Fury’s dominant performance, running onto Cassady’s sideline throw and slotting the ball past the keeper.

Fury’s resounding win will give them confidence when they travel away to Redlands United FC next weekend, while Fire head to Brisbane Olympic still searching for their first win of 2017.

13’ – GOAL FOR FURY – Jonathan Bagley shoots following a corner, with the ball deflecting off Jae Eurrell and into the goal.

44′ – RED CARD FOR FIRE – Zac Munster is shown a red after lashing out with his foot on Bagley.

48′ – GOAL FOR FURY – Fullback Thomas Pearce makes an overlapping run before crossing into the middle for Hamish Cassady to score from a header.

52′ – GOAL FOR FURY – The ball drops to Cassady following a corner and he drives the ball into the back of the net.

53′ – GOAL FOR FURY – A rushed clearance from the Fire finds the Fury’s Reid Murray, who chips the keeper from 30 metres out.

60′ – GOAL FOR FURY – Darren Walker gathers the ball from a corner and scores off the crossbar.

71′ – GOAL FOR FURY – Cassady crosses to Brendon Gadd, who drops the ball to Jarrod Green to fire home.

76′ – GOAL FOR FURY – Substitute Reece Edmonds runs onto a through ball and squares to Green to score.

85′ – GOAL FOR FURY – Cassady’s sideline throw finds Edmonds, who easily slots the ball past the keeper.